The Rich and the Rest of Us: A Poverty Manifesto by Tavis Smiley and Cornel West (Smiley Books, 2012).

Cornel West – public intellectual and activist, author of Race Matters, and Princeton University professor – teamed up with public broadcaster Tavis Smiley to write The Rich and the Rest of US, a by-product of the pair’s 18-city “Poverty Tour” raising awareness and encouraging advocacy about poverty in 21st century America. They address two recently-related phenomenon: the history and plight of poor people in America, and the “new poor” (previously middle class) victims of the Great Recession. Together, they comprise 150 million persistently poor and near poor Americans, amounting to nearly 50% of the country’s population. In this book, West and Smiley are issuing a call to action to address the increasing poverty in our midst before it permanently distorts our democracy, values, and economic future.

Overall, it is a quick read that combines historical reflection with current issues and explicit advocacy. The historical review was enlightening; the authors demonstrate how successive presidential administrations have dealt with poverty, the transformation of popular and political attitudes towards poor people (a seemingly retrogressive trajectory over time), and the character of 20th and 21st century poverty through numbers and statistics. All of this is then calibrated into both description and analysis of our current economic circumstances, in which a “new poor” has joined the ranks of the impoverished in homelessness, food insecurity, job insecurity, and unemployment. Throughout, West and Smiley draw us back to the message of Martin Luther King Jr., who dedicated himself to the subject of poverty before his death. King addressed it as an issue that disproportionately affected Blacks but which also transcended race, challenged our nation’s moral and economic prosperity, and embodied our military-imperial complexes. The wisdom of other American intellectuals is also sprinkled throughout the book. Readers learn that Helen Keller, for instance, was not only a suffragist, pacifist, and socialist, but also a co-founder of the ACLU and early supporter of birth control.

Another thread throughout the book is the Occupy Movement, which the authors repeatedly invoke as a marker of the state of our economic inequality and an indication of potential change in America’s priorities and policies. They wrote this book in the beginning of 2012, a few months after #Occupy took the world’s major urban centers by storm. Citizens proclaimed themselves the 99 percent, inspired at least in part by demonstrations against economic injustice in the Arab world. They confronted the banks and financiers and the political system that coddles them. It was an historical moment, overdue but worth the wait. West and Smiley, like others, invested their hope in its meaning and potential. But within a few months of publication, already this sentiment seems naive, or perhaps premature. Hope already hollowed out.

With all due respect to what remains of the Occupy Movement, allow me an anecdote to demonstrate its dissolution. I read most of The Rich and the Rest of Us in a cafe right off Public Square in downtown Cleveland. I didn’t go downtown to read. I went to attend the Potluck and General Assembly of Occupy Cleveland, as scheduled on their website’s calendar of events. The space was empty. 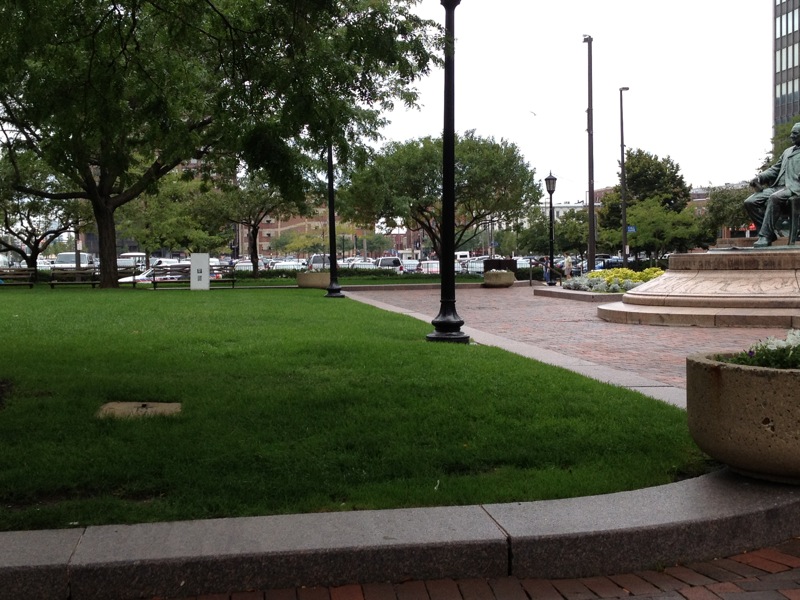 Upon returning home, I posted my experience to the group’s Facebook page. An organizer explained that members of Occupy Cleveland “are mostly doing activism work on their own these days rather than as a large group together.” Of course whatever individual efforts they are putting into civic work is important – but it’s not the revolutionary consciousness raising and mass grassroots activism West and Smiley may have been hoping for. The Poverty Manifesto will have to be realized in another way.